In this Aussie English Expression episode I teach you how to use the Australian expression ALL OVER THE SHOP like a native!

Expression: All over the shop

G’day guys! How’s it going? Welcome to this Expression episode of Aussie English. I hope you guys are all going incredibly well. I hope you’ve had a good week. Obviously, I’ve been up to a few different things this last week or weekend. I’ve been working on the Traveling With Pete episodes, and you may or may not have seen the first one that has come up, that I’ve put up online, Point Lonsdale. So, if you haven’t check that out. There’ll be a link down below. Definitely suss that out, definitely go have a look, definitely go and explore that episode, and definitely give me some feedback on what you guys think of that episode.

So, I made that down near my parents’ place. They live in Ocean Grove, which is a small down that is next to Point Lonsdale and Queenscliff and another one called Barwon Heads. And I sort of went to all of these places and just sort of walked around, checked the place out, showed you guys some of the scenery, took some footage with the camera, and just chatted to you off the top of my head, really. So, as usual, I kind of try and treat you guys as if you were there with me, as if you are chatting with me, as if you’re sitting next to me. I don’t really change how I speak, and I just go through expressions that I use as well when they come up that I think, “Oh, you guys are really going to like this! You’ll really enjoy this expression. You may not know this one. It may be a little difficult. It may be a little stereotypically Australian, too.”. So, there were quite a few good ones in there like SKETCHY, DODGY, SHODDY, and there was one more, SHONKY. So, definitely go check those slang terms out. As well as the expression TO HAVE BUCKLEY’S CHANCE. That’s a really funny one, and I had no idea where that actually originated from until I was walking around the lighthouse in Point Lonsdale and read the sign that was on William Buckley, a man who was in that area and the story’s in the video. So, go and check that out.

So, I won’t get too much into it, but check the video out. It’s pretty long. It’s kind of like a half-hour episode. And tell me what you think of the format. Is it too long? Is it too short? And also the fact that I’ve put up expressions that I use as I speak at the bottom there in this video that I think you guys might need defined or may need spelt out, because I’m very visual as well. I like reading and I understand a lot more if I’m reading what I’m hearing. So, I’ve tried to mix that into the video to help you guys with any of these things you could potentially not know and want to learn. So, check out the Point Lonsdale Traveling With Pete video and let me know what you think.

Anyway, today’s obviously an Expression episode and the expression of the day is ALL OVER THE SHOP. ALL OVER THE SHOP. And so, this is usually used with the verb TO BE beforehand, TO BE ALL OVER THE SHOP. It’s a way of describing something or explaining something. It’s a slightly more slangy version of TO BE ALL OVER THE PLACE, and I’ll get through the definitions in a sec. But obviously, to define the words in this expression you’re probably going to know all of them, but SHOP, I might explain, (it) is obviously somewhere you can buy things, somewhere that sells things usually. So, the definition of a shop, if you go to a shop, a bookshop, you buy books, it sells books. That’s a shop.

The second definition is:

And this is more when your’e explaining a person. So, if someone has been incredibly clumsy or incredibly forgetful, and usually it refers to this happening repeatedly. So, if someone has forgotten their keys at home or, you know, after that they’ve spilt milk on themselves while they were having breakfast, whatever. I’ll get through some examples in a sec. But it’s that idea of someone who’s forgetful, clumsy. You can say that, “They ARE ALL OVER THE SHOP.”, “That person’S ALL OVER THE SHOP.”.

So we’ll get into some examples.

1: So imagine a driver is driving all over the road, you know. He’s in front of you as you’re driving down the freeway or the highway. So, you’re driving well, you’re in a straight line and this person’s veering from side to side, you know. They’re going out of control. They may still be on the road but they’re kind of like *veering sounds*. And so, you could imagine they’re probably, you know, on drugs, drunk, just a really bad driver, maybe they’re being careless or reckless, clumsy, confused, they don’t know where they’re going, or maybe they’re just being stupid where they’re like *hooning noises*, you could say, you could explain that, that driver, that person in the car as being ALL OVER THE SHOP. And so, it’s that idea, at least for me, of he’s just clumsy, he’s going everywhere, he’s ALL OVER THE PLACE, but you could describe it as he’S ALL OVER THE SHOP.

3: A third example could be that you’ve got a house inspection and the landlord or real estate agent’s coming to inspect the house. And so, you get home after work to clean your house, but there’s stuff everywhere. There’s clothes everywhere. You haven’t done the dishes. The dishes have piled up on the sink, you know, and on the table around the sink. It’s a big mess. You need to sweep, you need to mop, you haven’t cleaned and the guy’s coming over in the next half an hour. If you get home and you’re expecting it to be clean or that your housemates were going to do it or something like that you could say, “I came home to find the house and everything WAS ALL OVER THE SHOP. The house WAS ALL OVER THE SHOP. There was just a massive mess. This place is just, you know, it’S ALL OVER THE SHOP. It’s a total mess.”.

Anyway, as usual guys we’ll jump into a substitution exercises where you guys get to think a little bit and try and practice not only your pronunciation but also substituting in the phrase we’ve just learnt for another phrase. So, for example, I’m going to say a sentence in the form of, “I’m disorganised today.”. That’s going to be the first sentence, and then I want you to say the same one but instead of saying, “Disorganised.” I want you to say “ALL OVER THE SHOP”. So, I’ll say first, for instance, “I’m disorganised today, and then you’ll say, “I’M ALL OVER THE SHOP today.”

I’m all over the shop today.

You’re all over the shop today.

He’s all over the shop today.

She’s all over the shop today.

We’re all over the shop today.

They’re all over the shop today.

So, listen and repeat that exercise a few times, guys, if it’s a little difficult at first use it as a listen and repeat exercise where you just mimic, you say everything I say as I say it after me. Practice your pronunciation. But then, if you want to get a little more advanced I try and create these exercises as substitution exercises so that you have to think, you have to use English, you have to think, “Oh, what’s the part of the phrase I have to substitute in or out?” in order to actively think and actively use the language even if you’re on your own and not necessarily able to speak with an English native or someone who speaks English there and then on that spot.

So, I love doing these exercises because it also teaches you synonyms, more simple synonyms. So, “Disorganised” is a very simple and easy way of saying TO BE ALL OVER THE SHOP. And so, you obviously connect the two when you do these substitution exercises.

Anyway, see you next time guys! 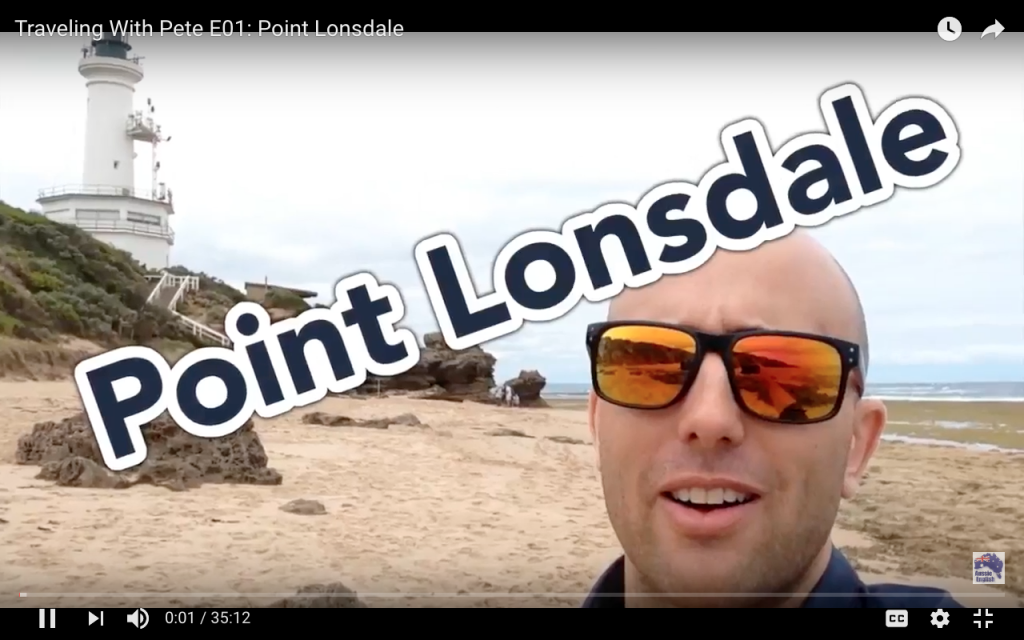