Learn advanced English in this episode of The Aussie English Podcast where I tell you a story about some informal English: ‘To Be Shit’ vs ‘To be THE Shit’

What’s going on, guys? So, I had to share this story with you because it was quite funny. I had never even thought of this to be honest, but this it’s going to be an episode where I talk about a swear word in English or informal English.

So, just be careful if you decide to use these phrases or the word. Just be careful when and how you use it, but I want to share this with you because I think it’ll be helpful for your understanding a bit more about English expressions, a bit more about how we use swear words and a bit more about Australian culture in particular where swearing is pretty common amongst friends in informal situations.

So, if I say something is shit, it’s horrible. The weather is shit, outside is shit, my friends are shit. The beach is shit. There are no waves. I can’t surf today. It’s shit!

This room is shit. If I want to use it like that, it’s very informal because I’m using a swear word, but I can say this around friends, around people that you hear swearing. If you hear people using the word shit, generally, that means it’s okay for you to use the word shit and again because you’re describing other things, you’re not using it directly at that person, you’re in less danger of offending anyone, right? So, if I say you’re shit, that’s when it starts to get more offensive, right?

If the person doesn’t see that I’m kidding, if I’m not joking around they may get offended, anyway, to say something is shit using it as an adjective like that, it is shit, is describing it as horrible, awful, really bad.

Alright. Now when I use it as a noun to say that something is THE shit. Ok? That is the important difference here, THE shit

So, that was something really confusing for Kel recently. I went away with my family and my mum had cooked a really good cake, a cheesecake and
we loved this cheesecake and my friend James had come over, you’ve probably heard or seen him on videos, on the podcast. He’s around.

Kel, my fiancée at the time, who is now my wife, was like ‘James! You can’t say that! The cakes really good. How can you say that it’s shit?!’ And that was what was so funny because I realized I was like, oh my Gosh, we can use shit and the shit to mean completely opposite things.

She had heard, she had thought that James had said the cake was shit, that it was horrible, that it was awful. This cake is shit, but actually James had said that the cake was the
shit, meaning the complete opposite, that the cake was amazing. So, that was a funny story, that was a bit of context there for you guys for how to use shit as an adjective if we’re describing something this thing is shit, but if you want to say that something is the shit using it now as a noun, The shit, it means that it is
amazing ok?

And I guess too, to quickly add, don’t use A shit, ok? Because we would use if someone is a shit, especially a child, a little shit, it means that they are a horrible child. So, we can use it as a noun in that sense to mean someone’s a horrible child. This little kid is a shit. He is a little shit. But yeah and that was the situation so, it gives you a bit of an understanding too of what it is like my best friend from high school, we know each other really well. He knows my family, the

Occasion was very casual. It was informal. We were having dinner. We were just sitting around talking, drinking in those sorts of situations it is ok to swear if you know the people you’re speaking with are the kind of people who are either ok with you swearing or you hear them swearing themselves. So, in the case of my mum she doesn’t swear very often, she may swear if you swear, sort of as a joke, but she doesn’t swear very often, whereas someone like me, my father, my sister, we tend to swear a little bit more.

So, for you advice with regards to using this kind of language, I would use it with very good friends or I would use it with people that I don’t know as well if they’re using this kind of language, if they are swearing in front of you about things, if someone says Oh man, this coffee shit, you know, you can probably say oh no, but I think that this food is the shit and no one’s going to get offended, ok?

You know, you can’t really be offended if you’re using a certain language and someone else starts using the same kind of language.

Anyway, I hope you’ve enjoyed this episode, guys. I hope it gives you some interesting insights into swear words how they can be used in casual and informal language and how words don’t always mean the same thing in different contexts. Sometimes they can mean completely different things. Ok? So, remember if something is shit, it’s horrible. If something is the shit, it’s amazing. Okay?

So, with that I’ll see you in the next episode. Catch ya! 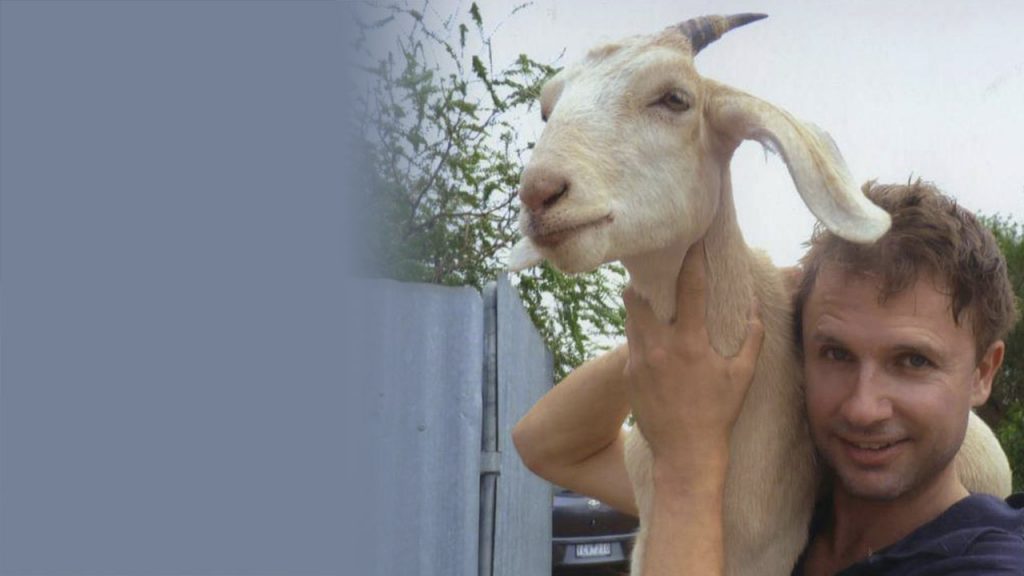 Learn English in this interview episode of the Aussie English Podcast where I chat about Gary the goat, rude comedy, and how to swear like an…